Tour of the Vineyards in the Roman Countryside 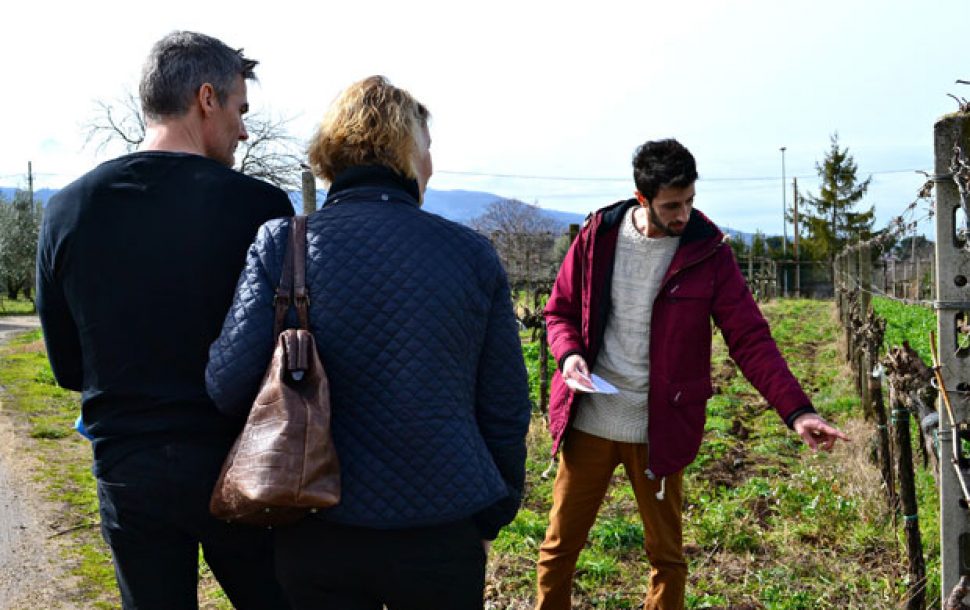 What’s more inviting than to eat and drink? Faced with a delicious typical dish and a good glass of wine, even the most famous monuments in the world pale.

Thus begins the story of Brida and Vincent on their travel diary, two delightful people who have recently had the pleasure and the honor of hosting. Brida and Vincent came here in the Roman Countryside from Ireland to taste some wines that some Italian friends had advised him: The Cesanese DOC and the Passerina DOC.

For them we organized a tour of the wineries with tasting of the best wines of the Roman Countryside.

The food and wine tour of Brida and Vincent

Brida and Vincent, come from an Irish country, near Belfast. They arrived at Ciampino airport in a morning of October, a period in which summer in Rome tends to resist, driving back the cold autumn winds.

In October, the harvest was recently concluded, so our cellars were already busy preparing good new wine.

But what interested Brida and Vincent was tasting two wines in particular: The Cesanese Red DOC and the Passerina White DOC.

Tour of the Vineyards of the Roman Countryside

During their stay, we decided to take them on a tour of some of the numerous wineries of the Roman Countryside. We selected three wineries: one specialized in the production of the Cesanese wine, one specialized in the production of the Passerina wine and the last was a surprise. Obviously all in three different days. We did not want to risk that our friends drank too much in a day!

The Cesanese DOC is a very full-bodied red wine obtained from native grapes. The production of Cesanese is a serious matter and not really easy. If you are wrong, you risk freeing the tannin, making the wine almost undrinkable. This is why we have chosen the best winery in the area.

Our guests tasted two types of wines: the Cesanese DOC and the DOC Riserva. All accompanied by local foods such as cheeses, meats, vegetables and typical dishes of the Roman countryside.

Another excellent wine of the countryside of Rome is the Passerina DOC, a white wine that perfectly goes with the food based on meat and vegetables.

Also for the tasting of this wine we have chosen the best winery in the area. During this wine tasting they tasted three types of Passerina: the first was a common one, a second type aged in steel barrels and then the most valuable, aged in oak barrels.

The thing that surprised us is that the Passerina of the winery which hosted the tasting is already present in many foreign markets, even in the United States and Australia.

Obviously the tasting was accompanied by typical local dishes.

Both wine tastings have been made with the collaboration of Giovanna, a very friendly tour guide with an excellent “english” accent (something not very common in Italy). 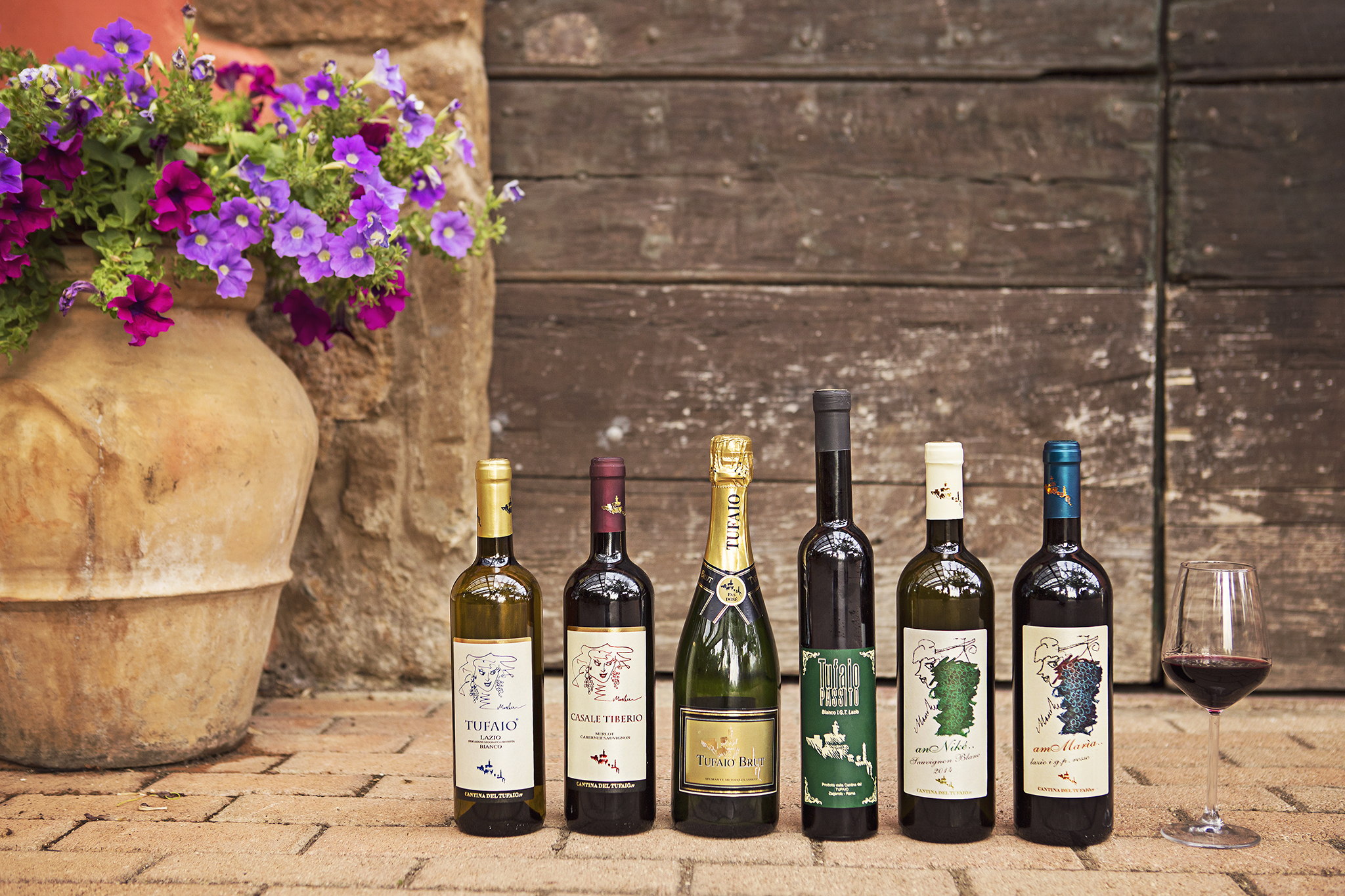 The tour of the vineyards of the Roman countryside has seen as a last stop a winery that produces good white wines from Lazio.

What Brida and Vincent did not know is that it also produces the only Spumante of Latium. Usually Italian sparkling wines are produced in regions such as Veneto and Piedmont. Nobody knew that even Lazio had its own prized sparkling wine.

A visit to the deep cellar dug by hand in the tuff rock has created an incredibly suggestive environment. While the production of sparkling wine was explained, in perfect English, they appreciated the bubbles.

Back on the surface, we received a homely atmosphere. Sitting at the table, we were able to appreciate delicious dishes accompanied by different wines, in something that soon turned into a convivial table, like old friends gathered for dinner.

This tour of the vineyards of the Roman countryside turned out to be really fantastic.