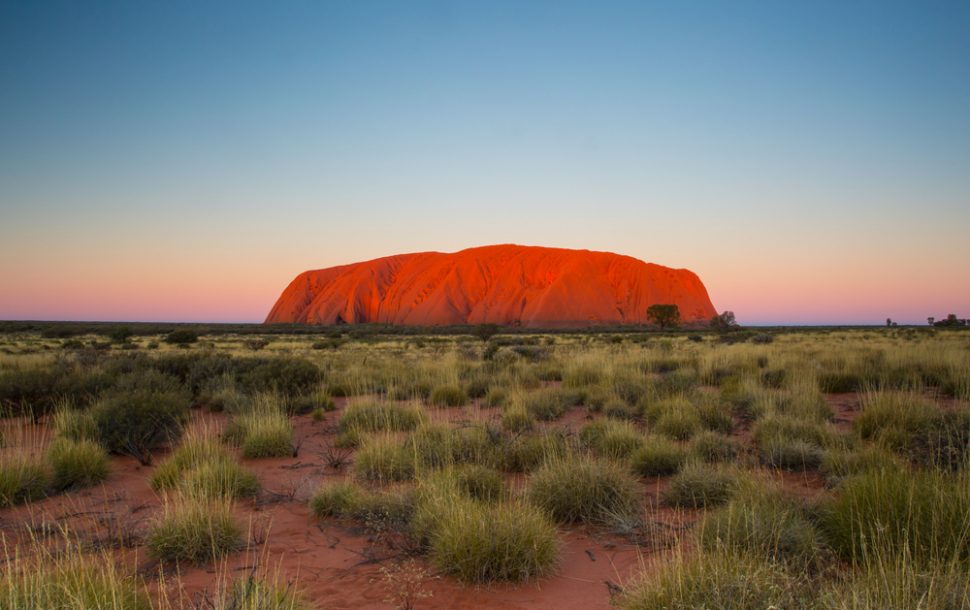 Sydney Opera House: One of the most popular architectural landmarks of Sydney, Australia, it is uniquely constructed and, over time, has come to represent Australia. It was inaugurated on 20th Oct, 1973 by Queen Elizabeth II and is one of the busiest public venues in the world. The Opera House hosts over 3000 performances in a year and has an annual audience of over 2 million. It is estimated that over 200,000 tourists visit the Sydney Opera House every year.

Locally referred to as ‘The Coathanger’, the Sydney Harbor Bridge has the distinction of being the most massive steel arch bridge in the world. Its highest point towers at about 134 meters above the harbor. Inaugurated in the year 1932, it is an instantly recognized landmark of Australia. Visitors can choose to take part in the Bridge Climb by paying a small fee. The topmost point on the bridge offers a spectacular view of the Sydney harbor.

The Uluru (Ayers Rock) is the largest monolithic rock on the planet located in the Kata Tjuta National Park in the Northern Territory. It is spiritually revered by the Pitjantjatjara aborigines of the area. Uluru is 348 meters above the ground and has a circumference of 9.4 km. The rock attracts a number of visitors who come to see its changing colors when the sun is in different angles.

A natural wonder, it is the largest coral reef that stretches for over 2600 km off the coast of Queensland. Spread over an area of 300,000 sq km, it is home to many unique wildlife species such as the Loggerhead sea turtle and the dugong. With over 2 million tourists visiting this place annually, concerns are being raised about the environmental impact on the reef.

Established in 1816, and located in Sydney, it is in stark contrast to the urban landscape that surrounds it. Spread over 30 hectares, it contains more than 7500 species of plants. The botanical gardens also plays venue for presentations, guided tours, art instruction and aboriginal heritage tours.

This originally was the timber station for the British Empire and was founded in 1830. Steeped in Australian history, it was earlier used as a penal settlement for over 1100 convicts. However, all that is left after a destructive fire are the buildings of the time. Port Arthur still attracts tourists with an interest in the history and archaeological remains of the British penal colony.

The unusual lifestyle of its local residents who live underground is the greatest attraction of the region. The residents chose to stay underground to beat the oppressive heat before the days of modern air conditioning. Established as an opal mine in South Australia in 1915, they are not operational today. Nighttime golf, played with glowing golf balls and portable divot, is a major attraction. It is a must-see landmark in Australia.

Located in South Australia, it is home to many wildlife species such as the koala bear, wallabies and kangaroos. In addition, it has many spectacular rock formations and unique caves. It also houses the Reeves Point which was the first European settlement in South Australia.

The Bungle Bungles or the hive-shaped sandstone formations located in the Purnululu National Park in Western Australia and the Castle Hill, a huge pink granite rock in Townsville, Queensland, are other must-visit landmarks in Australia.