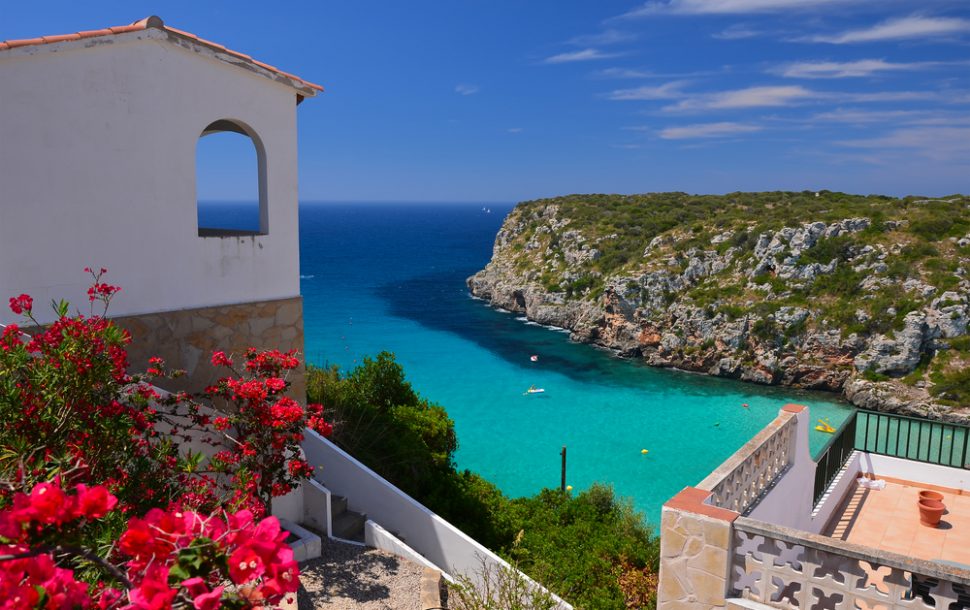 A combination of the fact that being where Menorca is in the Mediterranean and that it has some of the best agricultural produced ingredients in the Balearic Islands undoubtedly influences its rich and unique cuisine.

Whether it is the home-grown produce of the island that has been there for centuries or the food and drink that is influenced by the many occupiers and invaders who have come to the island, there is much to tantalise the taste buds within the Menorcan diet.

Menorca has always relied on seafood as a staple part of its diet.  One of the most popular and widely recognized Menorcan seafood dishes is Caldereta De Llagosta.  This dish consists of very blue and spiny lobster that is caught in the waters along the coast, served on very thin slices of toast.  This dish is enjoyed by tourists and locals in the restaurants along the coast as a Sunday lunch meal for families.

Escopinyes is another popular dish which is clams that are eaten raw with lemon or baked with a mixture of garlic, parsley and breadcrumbs, depending on your stomach.  Something that perhaps does not look as good as it tastes is the Peus De Cabrit, a dish made using the goose barnacle.  If you prefer something much more straightforward there is the grilled red mullet and baked octopus, squid or bream which are served with small potatoes throughout the island.

Menorcan meat products are famed for their flavour and quality.  The pork sausage meat dish with red peppers, Sobrasada and the very traditional bacon cubes and lean meat mixture that make up the carn i xua sausage are a must.  They make up a large part of the Menorcan winter diet

Around 200 years ago Menorca relied on wine production, selling it to the troops that stayed there during the British and French occupations of the island.  However, most of the vineyards were destroyed by phylloxera during the 19th century.  Today though wine production is on the rise again as more vines are being planted.  A combination of the Menorcan soil rich in calcium and the long summer days and cool nights draw out perfectly great flavours from the grapes.  In 2008 a Menorcan wine called Binifadet Chardonnay made it on the wine list of the exclusive restaurant El Bulli in Caraluna, said to be one of the finest restaurants in the world.

The pastries and sweet dishes of Menorca are just as famous and well known as their savoury counterparts.  Two local delicacies include a small cake that is made with toasted nougat or almonds or ensaimadas which is a mouth-watering circular in shape pastry covered in icing sugar that melts almost the second you put it in your mouth. This is a truly wonderful experience for anyone with a very discerning sweet tooth.

The above is just a brief introduction to what Menorca has to offer food lovers, there is so much more to explore and taste. Menorcan Gin and cheese are particularly well known as well and then there is the issue of the true origins of mayonnaise. Regardless of what you enjoy, a trip to Menorca will satisfy anyone’s taste buds.